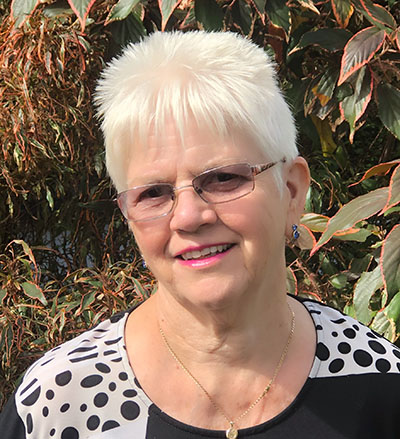 Jenny Gregory was appointed to the role of National President in October 2022.  She joined Australian War Widows (Queensland) shortly after her husband’s death in 2013 and became Queensland State President in 2016.

Jenny holds a Bachelor of Applied Science in Nursing Science and a Graduate Diploma in Health Services Management.  Jenny has worked for many years in aged care and understands many of the issues that face our widows as they prepare for residential care when it is needed and the sometimes, complicated process of obtaining Home Care.

Jenny’s passion in the aged care space was working with people with dementia and she became the inaugural President of Alzheimer’s Australia ACT (now known as Dementia Australia). At the tail end of her nursing career, she was a nurse educator in the field of Dementia Care.

Jenny’s husband was a veteran who served in the Army in Malaya, Vietnam and Singapore. When he transitioned to civilian life, he had a very successful private investigation business. They travelled the world together as he worked with many international colleagues on some very interesting cases. It was a very full life.

Jenny is passionate about her role as National President and working with the National Council to advocate for, and support, all defence and war widows.  Jenny’s vision is for all states in Australia to celebrate National War Widows Day on the 19 October each year, our founder, Mrs Jessie Vasey’s birthday. 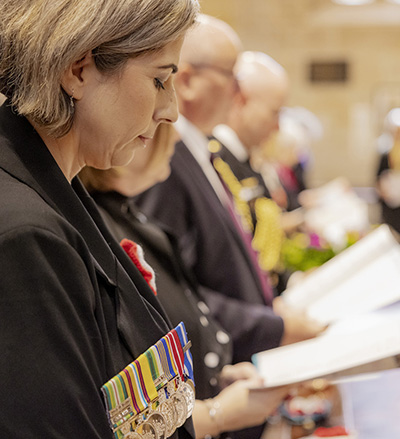 Queen took on the role of NSW State President in June 2022 and is honoured to step into the role.

Queen’s husband Adam enlisted in the army in 1996, reaching the rank of Major in the Artillery Corps before transferring to Intelligence and medically discharging in 2015 due to his PTSD. He saw active duty in the Solomon Islands in 2003, in Iraq in 2006 and in Afghanistan in 2011. Adam passed away in 2017.

Queen a mother to two teenage children, Joshua (19) and Sarah (15), a high school English teacher and 20 years plus career as a flight attendant. Queen comes from an extensive line of strong women and has found her home in this organisation that inspires women to live their best lives, no matter their circumstances.

Queen is grateful to the Board and members of AWW NSW for entrusting her in the role of NSW State President. Queen also pays her respect to those Presidents that have come before her. She feels blessed to have such an incredible alum of women, full of support and experience, to help and guide me over my term. Queen is excited about this appointment and their optimistic future. 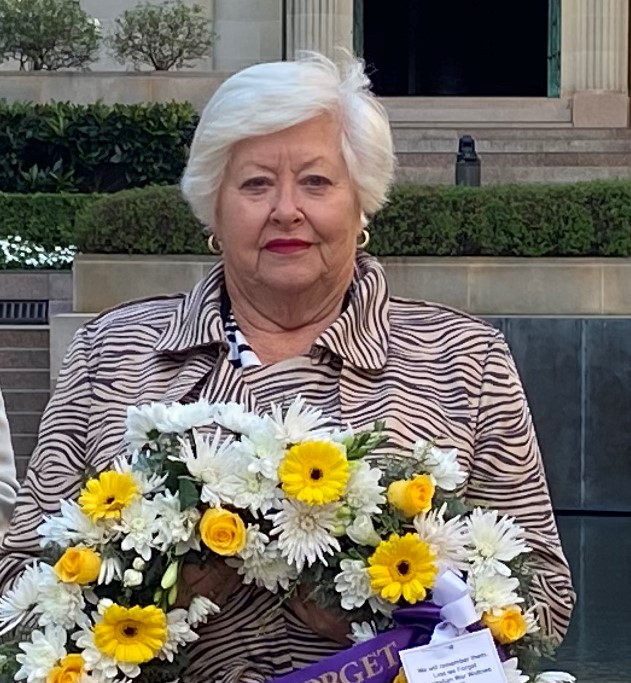 Robynne took on the role of State President – Australian War Widows – ACT Branch in May 2022.

Robynne previously held the role of Vice President of the ACT Branch. 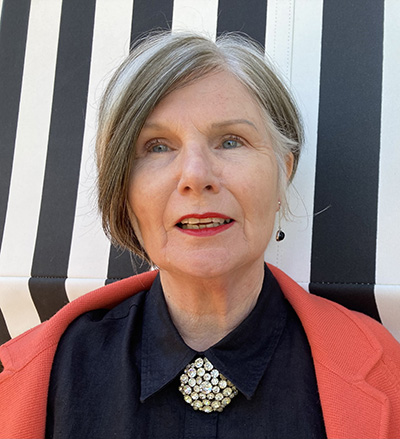 Diane joined AWW SA Inc in 2020 and was nominated as Vice President in 2021 and President in 2022. Previous experience as a former President of the Canberra Hospital Auxiliary has helped her adapt to the current role.

After retiring from the Red Cross Blood Service in 2017 activities such as volunteering at the Adelaide Fringe, Adelaide Film Festivals and a Local Op Shop have kept her busy. A keen op-shopper who is passionate about recycling fashion and an avid jazz fan Diane is always busy.

Diane’s husband Michael was a member of the Royal Australian Navy and served in the fleet air arm for twenty years, with active service in both the Malaya and Vietnam conflicts. Diane spent over forty years in Canberra but returned to Adelaide after losing Michael in 2016. 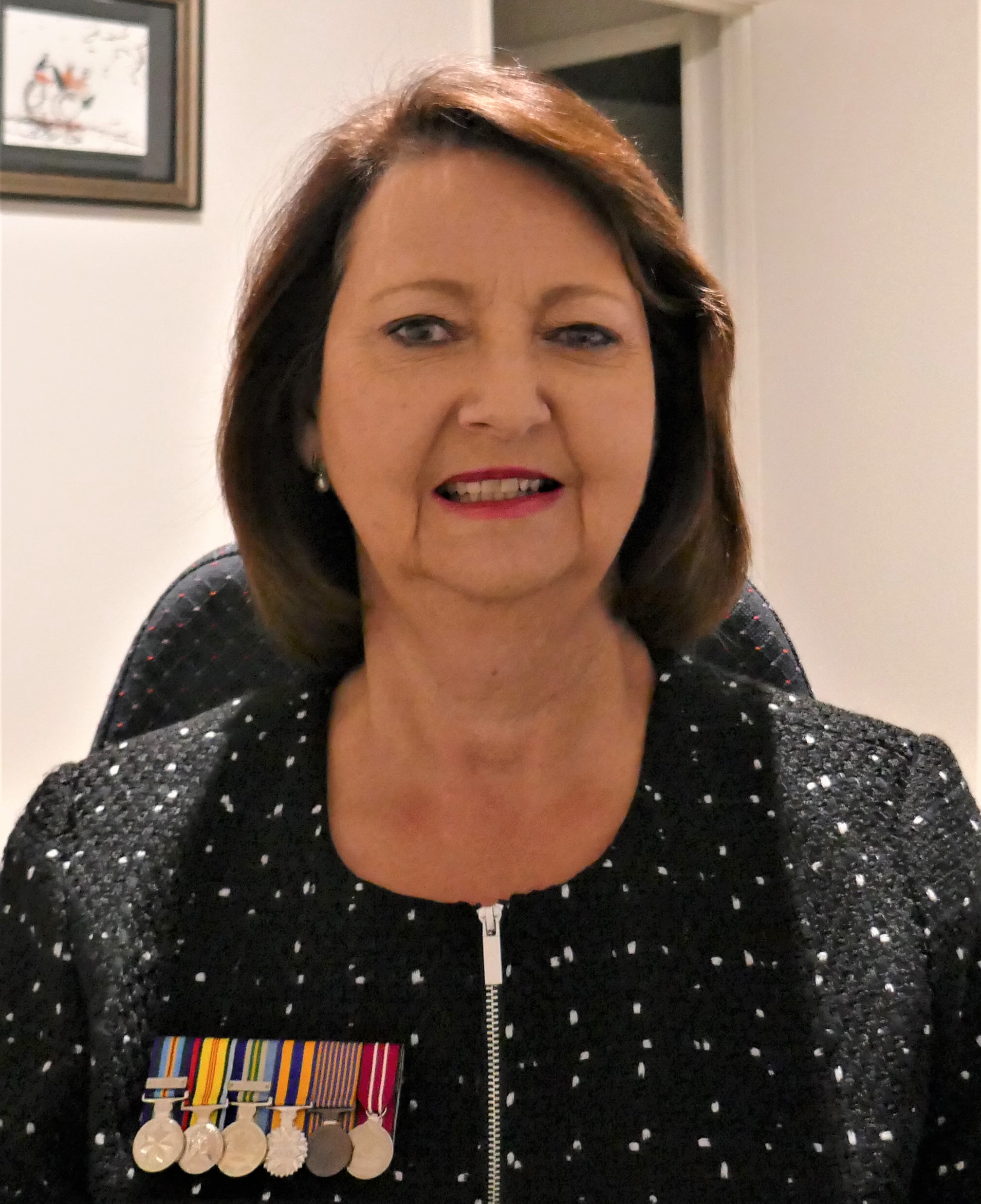 Emily took on the role of State President for the Australian War Widows – WA in June 2020.

It was while working at the hospital Emily met the love of her life – Warren.  Warren had served in the Royal Australian Navy for 21 years. After retiring from the hospital, Warren became an advocate for the Vietnam Logistic Support Veterans Association WA, working out of an office at RAAFA Bull Creek. He continued to do this until his passing in 2017.

Emily greatly admired Warren’s tireless effort and dedication, and that of the other advocates at Bull Creek, assisting fellow veterans. By joining Australian War Widows, Emily hopes she will be able to contribute to the veteran community by advocating the needs of widows and veterans’ families. 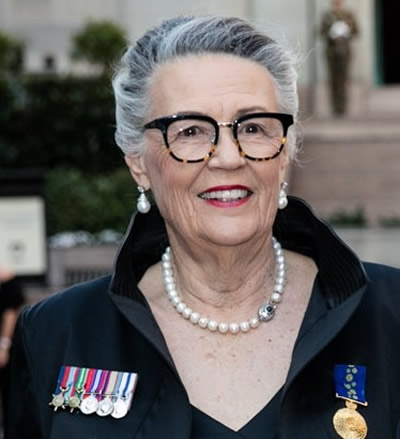 Rhondda is a member of the Remembrance Driveway Committee, an Ambassador on the NSW Government Centenary of ANZAC Council, member of the RSL Ladies Auxiliary, an affiliate member of RSL Bundanoon sub-branch and President of the RSL Rural Commemorative Youth Choir.

Previously, Rhondda was Vice President of the Kangaroo Re-enactment March from Wagga Wagga to Sydney and spent 15 years as Electorate Chief of Staff and confidant to Dr. Brendan Nelson AO.